Global supply chains have been significantly impacted by disruptions of all types – COVID 19, natural disasters, wars, partisanship. Our discussion will focus on the critical role multi-modal transportation networks play in Kentucky’s resiliency and future, particularly in the face of unpredictable market disruptions. With more than 540 logistics and distribution facilities in Kentucky, employing nearly 75,000 people, the industry is well positioned for success. 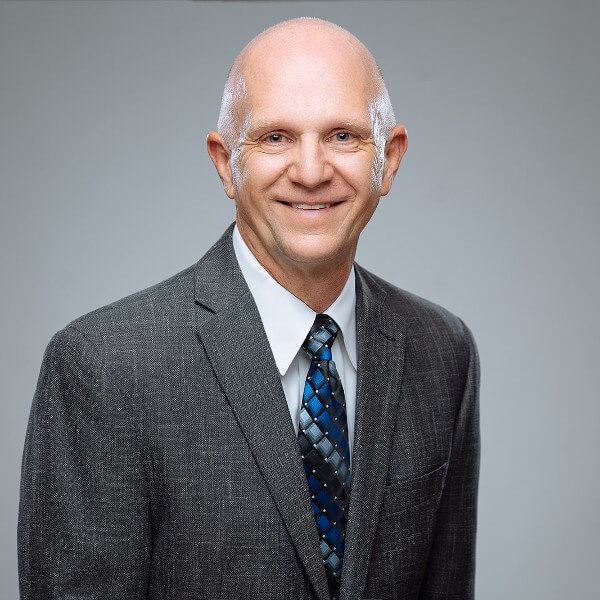 Mike is the President of Logan Aluminum, the largest Aluminum manufacturing facility in North America located in Russellville, Kentucky. He joined Logan in October of 2017 from BlueScope Steel in Kalama, WA where he served as VP of Operations for the Coated Products division, a Joint Venture between BlueScope and Nippon/Sumitomo. Prior to BlueScope, Mike held the position of Chief Operations Officer at SOLB Steel in Riyadh, Saudi Arabia. He has also held various senior level executive positions throughout his career in the steel and metals industry.
Mike serves on the board of the Governor’s Scholars Program, Secat, Kentucky Chamber Workforce Center, Kentucky Workforce Innovation Board, and the Bowling Green Chamber. He is active in the Russellville and Bowling Green community including volunteer and charitable efforts.
Mike is a graduate of Montana Tech with a Bachelor of Science Degree in Metallurgical Engineering, and the University of Illinois with a Master of Science degree in Materials Engineering.
He and his wife, Mary, have five children. Mike’s interests include golf, hiking, boating, and traveling. 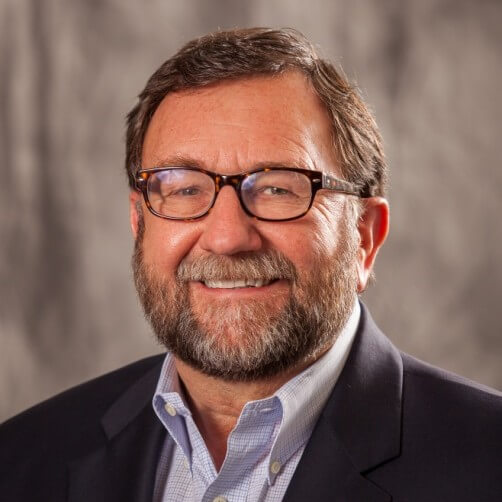 Bob is a graduate of Morehead State University, 1975. He now resides in Rowan Couty, KY but had been in the Lexington, KY area for the past 30 years other than a couple of years in Raleigh, North Carolina.
Bob has been involved with marketing, sales, and public relations within the construction industry for 30 plus years. A good deal of Bob’s time has also been with the mining industry, both aggregates and coal operations in Kentucky and North Carolina. He currently serves as Development Specialist for AppHarvest as they stand up their new group of controlled climiate greenhouse operations in Appalachia. Prior to AppHarvest, he severed as Executive Director for Morehead-Rowan County EDC from October 2016 to October 2020 which included responsiblities to the MMRC Regional Industrial Park and Morehead Rowan County IDA. Preivously he had been with R J Corman Railroad Group for ten years, five years as their Construction Company’s Business Manager and the 5 years as Economic Development Manager working within the Public Relations Department. Bob also spent 2 years in Raleigh, North Carolins in the aggregate, concrete, and asphalt construction materials business. Prior to that, he worked with Hinkle Contracting Corporation for 20 years.
Bob involvement with several industry associations and business groups has included; Kentuckians for Better Transportation – Past Rail Committee Chair, American Railroad Maintenance Engineers – Past Ballast Subcommittee Chair, he has also been active with American Short Line Railroad Association – Public Policy committee, along with state level rail associations in the states of Kentucky, Pennsylvania, Ohio, South & North Carolina, Tennessee, and Mississippi with a focus on rail related industry development and public policy.
Bob has been active with several state economic development associations in the states of Kentucky, Pennsylvania, Ohio, Tennessee, Mississippi, North and South Carolina; as well as a long standing member of the Southern Economic Development Council – after seving on the board of directors and executive committee, now serving as Chair in 2021. Additionly he serves on the board of several busniness development and trade associations such as Kentucky Assocition of Economic Development- – currently serving as Chairman, World Trade Center – Kentucky, Advantage Kentucky Alliance, and the Japanese American Society of Kentucky. 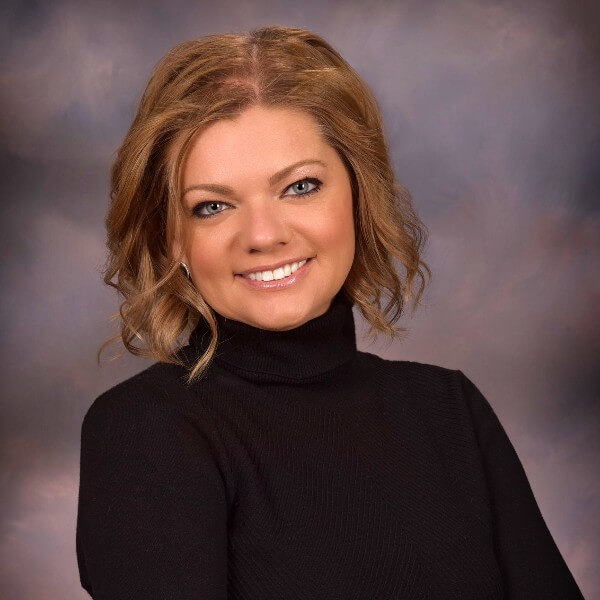 Executive Director of the Inland Rivers, Ports and Terminals (IRPT)

Aimee Andres has extensive contact with the 300+ members of the Association in order to identify points of interest or concern and to optimize their benefits. Representing the interests of members in each river basin, Aimee encourages continued cooperation with local, state and federal authorities, as well as other waterway associations to promote the value of the inland waterway system.

Aimee is an Accredited Maritime Port Executive awarded by the International Association of Maritime Port Executives. She serves on the Board of Advisors for the International Association of Marine Port Executives and the Transportation Research Board’s Standing Committee on Ports and Channels. She has previously served on the Board of Directors for the National Waterways Conference. In 2021, she was awarded IAMPE’s Leadership Award for her contributions to the success and growth of the inland port and maritime industry. In 2018, she was awarded the ‘40 under 40’ recognition by the inland river industry.

In August of 2019, Aimee became a successor in-line to her family’s-owned short line railroads, the Indiana Eastern Railroad and the Ohio South Central Railroad. Since being so named, Aimee has worked with rail crews on infrastructure improvement projects, state and regional funding programs, customer relations, and new business development, including marketing and project construction. She has strengthened terminal and railcar management, regulatory reporting, and policy enhancements.

Inland Rivers, Ports & Terminals, Inc. (IRPT) is a nationwide trade association for users of the U.S. Inland Waterway system. IRPT promotes the use of our nation’s rivers as the most cost effective, and environmentally friendly form of transportation. 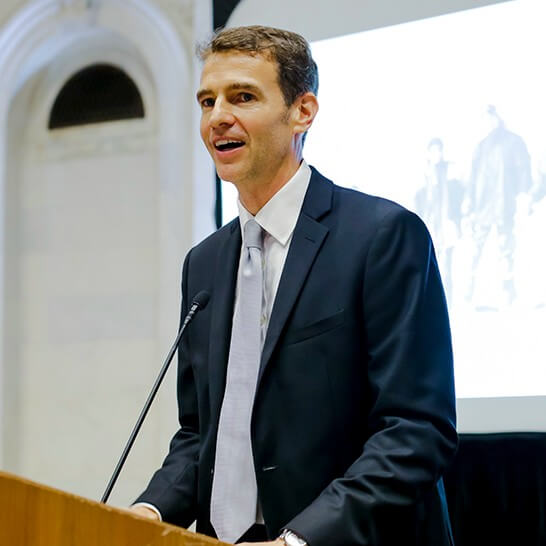 Bruce works in DP-DHL’s Americas Corporate Public Affairs Office handling all issues related to transportation, sustainability and postal policy. He has 20 years of experience in the logistics and delivery sector and worked for the U.S. Senate’s Homeland Security and Governmental Affairs Committee and a Member of Leadership in the House of Representatives. Bruce’s industry experience includes serving as the Deputy Assistant Inspector General and Director of Government Relations for the U.S. Postal Service Office of Inspector General, as well as Manager of International Affairs for the USPS Global Business Group. Bruce holds a BA from Wake Forest University and an MA from The Johns Hopkins University’s School of Advanced International Studies (SAIS).

Senior Advisor to the Governor 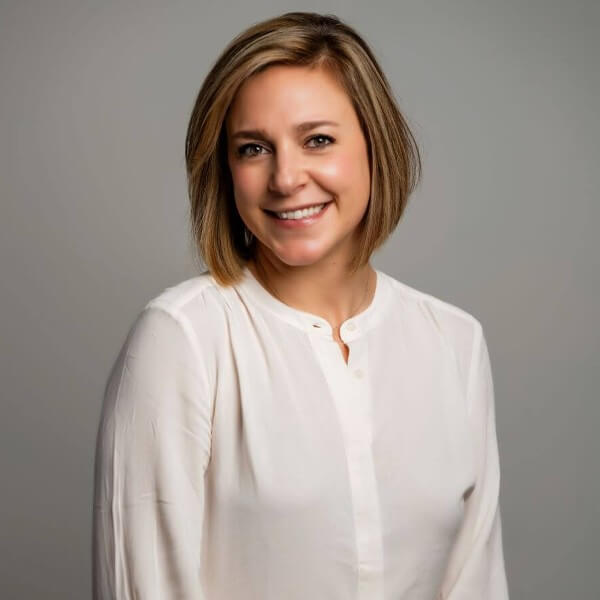 Jennifer Kirchner joined KBT leadership as its’ new Executive Director in December of 2020. Jennifer brings extensive experience building partnerships within a community and region, formerly serving as executive director for the Danville-Boyle County Convention and Visitors Bureau. At the Bureau, she was responsible for leading the organization and overseeing asset development, government and public relations, marketing, event management, the Visitor Center and historic site management. Learn more about Jennifer here.